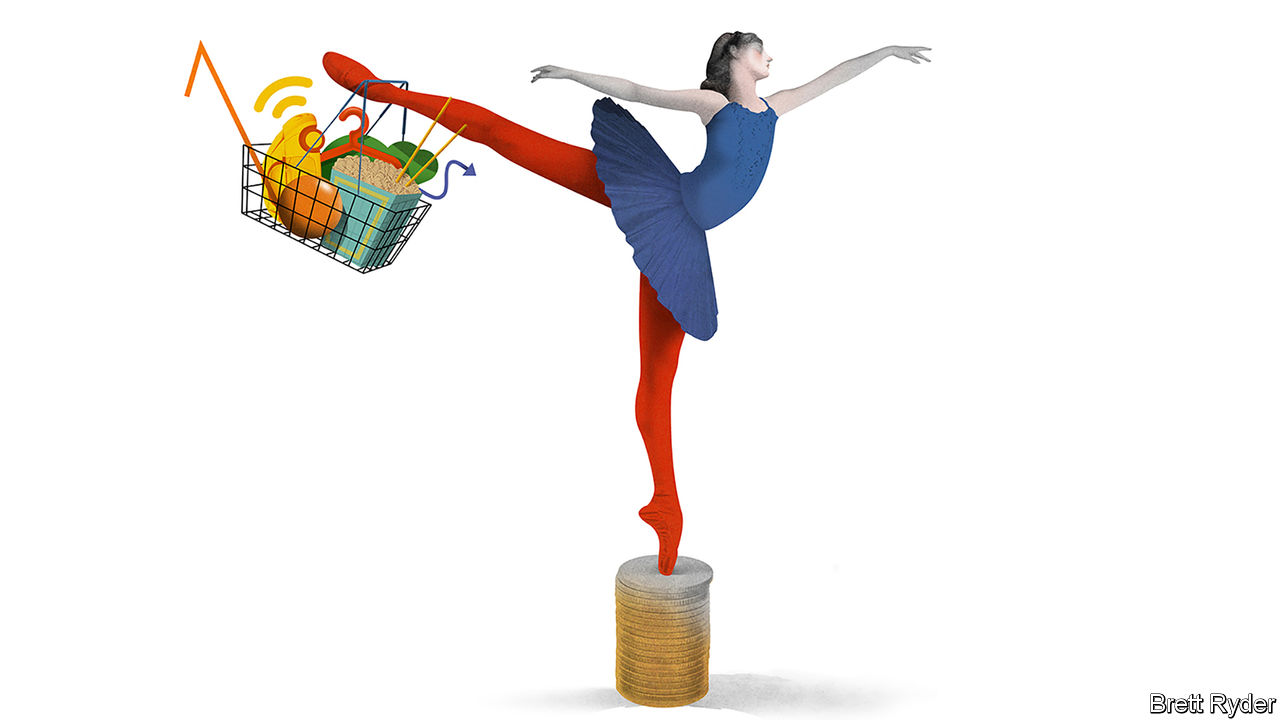 TECH FIRMS with ropy business models are told to “pivot”—abruptly reinvent themselves in the hope that a new approach generates profits before venture capital runs out. YouTube is celebrated in business schools for hurriedly switching from a dating service to video-sharing; Slack ditched online gaming for corporate chat. Agile repositioning is not confined to Silicon Valley. In Russia the hustle to come up with the next tech darling has emerged from an unlikely quarter. Sberbank, once the Soviet Union’s sclerotic retail-savings monopoly, is ploughing billions of dollars into consumer technology. It is pitching clients digital services from food delivery to music streaming. Driverless cars and e-commerce will be next. Can the former spiritual home of financial bureaucracy, still majority-owned by the government, reinvent itself as Russia’s Netflix, Google and Amazon rolled into one?

Bewilderingly, the answer is: maybe. Sberbank has pulled off one long-odds pirouette—from a communist state enterprise, with all the attention to customer care and corporate probity you would expect, into a modern lender. By adopting decent governance standards and up-to-date lending practices it has seen off plenty of rivals and kept nearly half of all retail deposits in the country. Its brand remains strong. The state’s continued involvement—the Russian finance minister chairs its supervisory board—has helped reassure customers that the state will make them whole if things go awry. Two in three Russians are still its clients. The lousy interest rates depositors accept in return for this security ensure cheap funding for Sberbank—and some of the world’s juiciest lending margins. This has made it Russia’s most valuable listed firm, and Europe’s second-most-valuable bank behind HSBC.

The same man who turned the decrepit dinosaur into a nimble 21st-century lender now wants to choreograph its entry into big tech. German Gref has been boss since 2007. A descendant of German deportees exiled to Kazakhstan in 1941, he took the reins after a stint as a liberal-minded economy minister under Vladimir Putin, an old associate of his from their time in St Petersburg in the 1990s. Having succeeded at the humdrum task of offering better financial services to the masses—getting tellers to smile and vetting borrowers thoroughly—he now wants to move beyond being a “boring banker”, as he has put it. Tech looks just the ticket.

Just as likely these days to sport tech’s de rigueur T-shirt and jeans as he is a suit, Mr Gref has a vision of Sberbank as a purveyor of everything digital. Where some firms offer services to consumers, others to businesses or governments, he has designated Sberbank as a “B2C2B2G” company. The roster of current and planned offerings ranges from cloud-computing to ride-hailing, virtual assistants, e-health and its own cryptocurrency. Forget banking: the firm has rebranded itself as Sber.

The model Mr Gref has in mind is not American or European but Asian. Far-eastern “super-apps” have emerged offering a wide array of services under one roof. The likes of WeChat in China or Grab in South-East Asia have thrived by disrupting old financial institutions. Sberbank wants to be the disruptor instead. It has spent around $2bn on technology and acquisitions, for example of an internet-media group. A further $3bn-4bn splurge between now and 2023 should help it build out an “ecosystem” of apps with a target of annual sales (including by third parties on Sberbank’s platforms) of around $7bn. That would be enough to be among Russia’s top three e-commerce firms within three years, before taking the crown by the end of the decade.

Sberbank starts with ingrained advantages. Its banking app is already the third-most-popular in Russia, and draws rave reviews. Its customer base of nearly 100m is an unrivalled franchise. And, in a country that defies easy logistics, a network of 14,000 branches can double up as last-mile delivery points.

The logistics headache, along with a dollop of protectionism, help explain why mere billions are enough to make a credible push into digital services in Russia. Western giants have been all but frozen out. Local companies such as Yandex (which started out in search) and Mail.ru (email and social media) lack the resources to transform themselves. Sberbank’s fat banking profits enable it to do just that. Troves of consumers’ credit data are equally useful.

On paper, then, Mr Gref’s vision makes a fair bit of sense. Implementing it is another matter. Sberbank has tried to join forces with tech groups in the past, notably Yandex and Alibaba, a Chinese giant, but the joint ventures met an acrimonious end. False starts have meant that it still needs to build an Amazon-like e-commerce operation around which its e-empire would revolve. Russian online services are growing rapidly, not least thanks to covid-19, but are mostly unprofitable. Others have spotted the super-app opportunity, including mobile-telephony providers, as well as Yandex and Mail.ru. And few precedents exist for an incumbent bank anywhere successfully parlaying its franchise into a wider ecosystem, points out Gabor Kemeny of Autonomous, a research firm.

The push into tech is partly the consequence of banking becoming less lucrative; margins are forecast by Sberbank to come down from their giddy heights as low interest rates bite. Overseas expansion once looked promising but was all but kiboshed by Western sanctions imposed on many Russian firms after Russia annexed Crimea in 2014.

The B2C2B2G opportunity is real. But is it worth it? In contrast to flailing Silicon Valley upstarts Sberbank does not need to pivot. Even under its own bullish forecasts for a thriving digital ecosystem, in ten years 70% of profits would still come from the legacy banking business. Most bosses would love to turn their firm into the next Alibaba. Sberbank’s shareholders seem happy for Mr Gref to give it a whirl. Others will be studying his progress carefully. ■