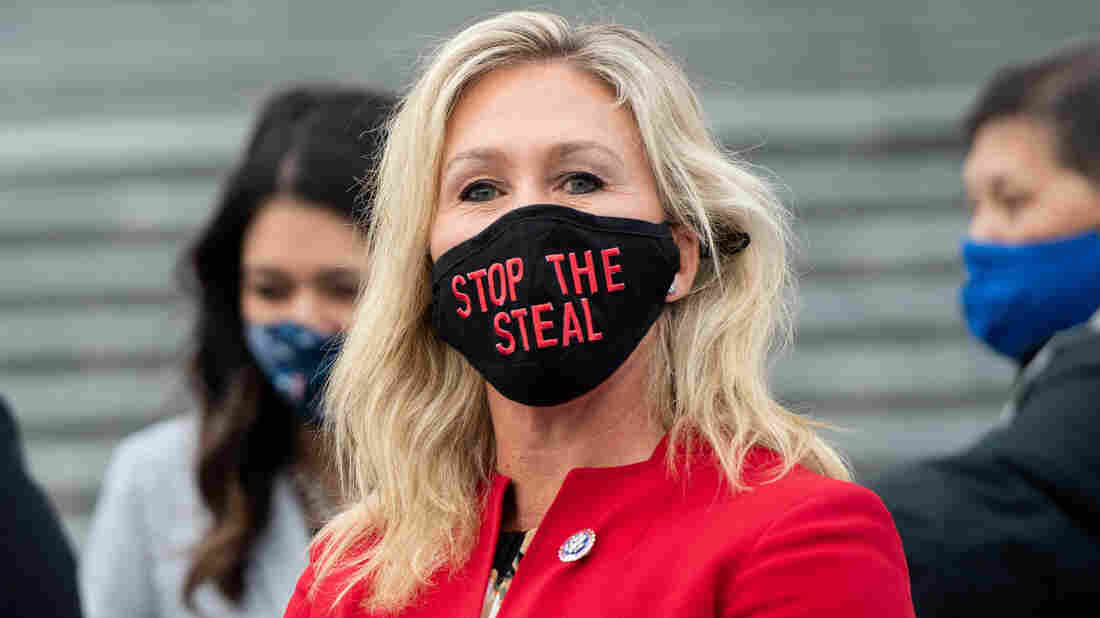 Rep. Marjorie Taylor Greene, R-Ga., pictured on Jan. 4, is facing blowback from other members of Congress, including in her own party, for her extreme and baseless theories surrounding American politics. 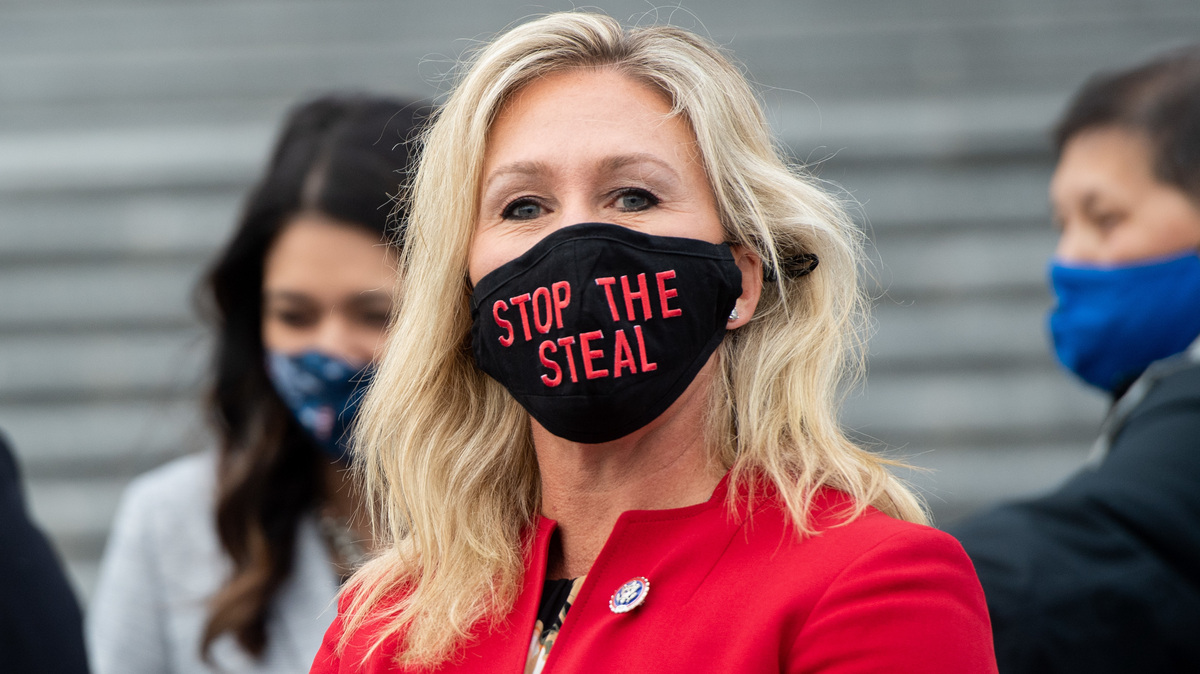 Rep. Marjorie Taylor Greene, R-Ga., pictured on Jan. 4, is facing blowback from other members of Congress, including in her own party, for her extreme and baseless theories surrounding American politics.

Georgia Rep. Marjorie Taylor Greene — the controversial, QAnon-supporting freshman congresswoman — on Monday found herself facing blowback from her own party’s leadership for espousing dangerous and unfounded conspiracies about American politics.

Senate Minority Leader Mitch McConnell called her views, which have at various points included such baseless accusations as blaming the Jewish people for California wildfires and accusing mass shooting events of having been staged, a “cancer” on the Republican Party.

“Loony lies and conspiracy theories are cancer for the Republican Party and our country. Somebody who’s suggested that perhaps no airplane hit the Pentagon on 9/11, that horrifying school shootings were pre-staged, and that the Clintons crashed JFK Jr.’s airplane is not living in reality,” McConnell said in a short statement Monday night that doesn’t directly cite her by name.

“This has nothing to do with the challenges facing American families or the robust debates on substance that can strengthen our party.”

McConnell’s condemnation comes as Democrats in the House have called for Greene to be censured for her past remarks or even expelled from office.

Greene responded to McConnell’s comments in a Monday Twitter post, saying: “The real cancer for the Republican Party is weak Republicans who only know how to lose gracefully. This is why we are losing our country.”

Greene has in recent days somewhat walked back some of her more extreme views, particularly regarding recent school shootings, according to an MSNBC interview with the mother of a victim of the 2018 Parkland school shooting.

But publicly, on Twitter, she has appeared unrepentant, repeatedly accusing Democrats and the “fake news media” for America’s ills.

“The DC Swamp and the Fake News Media are attacking me because I am not one of them. I am one of you. And they hate me for it,” she wrote on Monday.