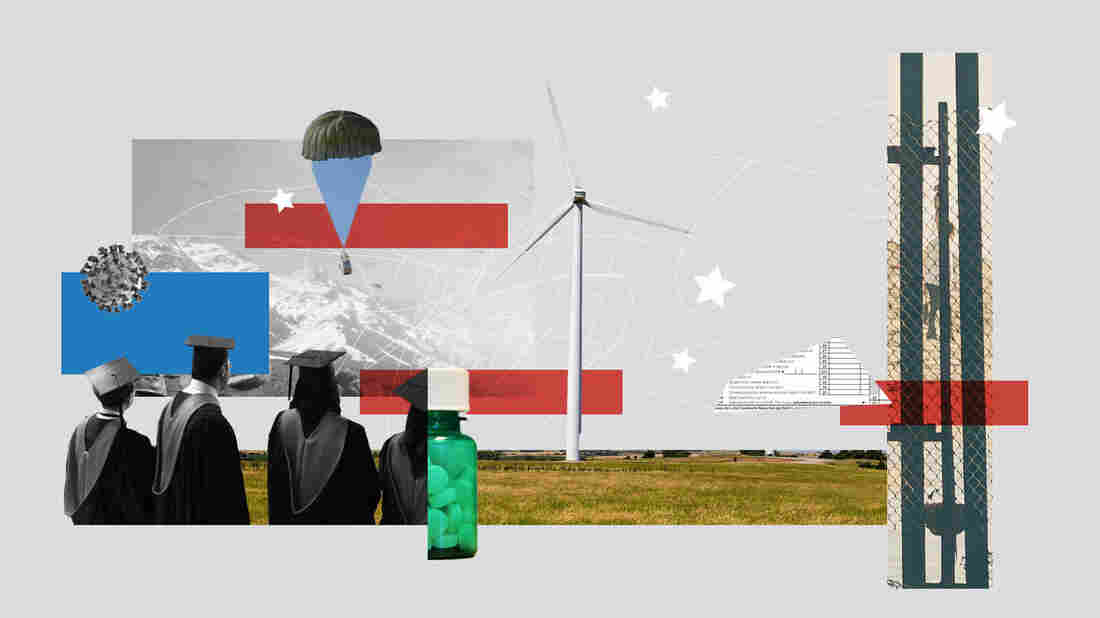 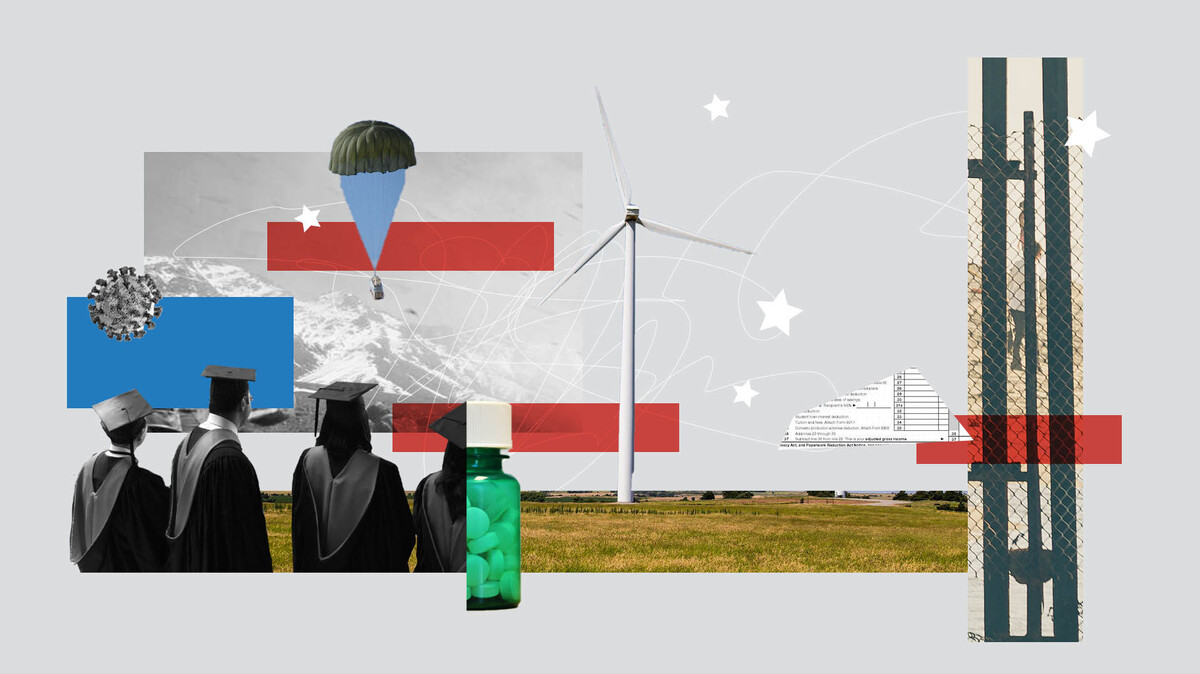 That much is clear. But what specifically are they proposing?

NPR Politics has sifted through Trump’s and Biden’s plans, as released by their campaigns, and narrowed in on a few key issues to show what they’re promising and how each man’s priorities differ from his opponent’s.

Read all of the plans here.

The Biden campaign has released an extensive set of policy proposals, prioritizing efforts to deal with the coronavirus, the economic recession and racial justice. The Democrat also has plans for major issues like climate, education, health care, criminal justice and immigration.

Biden came into the planned debates with a larger proposed agenda than Trump. And while incumbent presidents often run for reelection with fewer proposals compared with their opponent, Trump’s campaign is noticeably light on policy.

The Trump campaign has released a bulleted list of second-term agenda items, hammering home similar messages heard in 2016. Trump has also set an ambitious goal of distributing a coronavirus vaccine by January 2021 — a timeline largely disputed by health experts.