It’s safe to say that most people’s eyes were glued to their screens on January 6 as the violent mob of insurrectionists stormed the Capitol. We watched in horror as they waved flags emblazoned with Nazi insignia and pillaged the building, some Capitol police officers allowing them entry, posing for selfies, and politely escorting them off the premises. And what we’ve learned in the aftermath has been equally appalling. It’s hard not to be angry, and want to speak your mind about the injustice, the flagrant display of white supremacy incited by the president and his supporters, and the difference between the treatment of insurrectionists and Black Lives Matter protestors. Even if you’re a Bravo meme page.

“The day of the coup at the Capitol, I was at work, and I was working and watching TV at the same time,” Zac Ross, who runs the page Bravooomg. “And I was just disgusted and I had to get it out.”

Ross posted memes condemning the insurrection at the Capitol. It didn’t sit well with a swath of his followers, who flooded his posts and DMs with comments about sticking to Bravo memes, staying out of politics, comparing BLM protests to the sedition, and other racist, negative comments. In some cases it has been even more extreme, with Ross being personally attacked and receiving threats of violence or doxxing. Ellen Brenchley and Kristina Overland, who run bravoingtogether, have also dealt with a wave of hate after posting about white supremacy and the insurrection.

A screenshot of a message recieved by Ross via his Barvooomg account.

“For us it’s just hard to look the other way on something so momentous happening in our country,” they said via a joint email. “We have a platform that is primarily for entertainment and Bravo content, but we feel compelled to also post what’s real to us that reflects what is really going on in the world. And the cognitive dissonance of looking the other way or not speaking on it feels inauthentic.”

Ross echoes this sentiment. He began posting more political memes following the killing of George Floyd, and felt that it was imperative to use his platform to speak up. “I needed my voice to be heard,” he said. “I couldn’t just sit there and see these atrocities going on.” Despite the threats and losing hundreds of followers, Ross has no intention of sticking to jokey Bravo memes.

“I won’t stop,” he said.” I’m going to continue to keep on thinking that because it’s such an important issue and it’s not going to be fixed overnight…I would rather lose 20,000 followers than not have my voice heard. I love my page; I love my followers. But at the end of the day, I want to be able to say I used my voice to spread what I feel was necessary and to help those that need it.”

After the 2016 election, silence from any public figure felt like complicity. And as the Trump presidency continued, the omission of any political messaging from a celebrity denouncing the racist policies and rhetoric coming from the president became indicative of a larger, unpleasant reality—that these celebrities might support those political and ideological beliefs. In the Bravo universe, where the stars of shows like the Real Housewives, Vanderpump Rules, and Southern Charm are cast in their roles often because of their wealth, and the behavior their race, class, and social status has enabled, viewers have realized that some stars stand in alliance with racism. Throughout the Trump presidency and COVID-19 pandemic, that elephant in the room has grown larger and larger, so much so that the network has had to address systemic racism via televised specials featuring their more outspoken cast and its stars addressed it online and on their respective series. 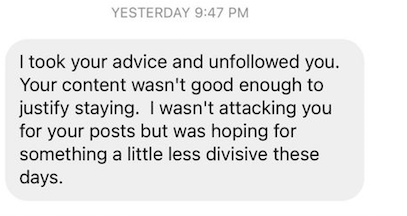 So why then should an Instagram meme page dedicated to those characters and those shows not also address the current moment? Especially if stars of these shows are making public statements about their political ideals, or may have been in attendance at the insurrection? Brenchley, Overland, and Ross have previously posted about Real Housewives of Orange County star Kelly Dodd for her racism and spreading of disinformation on COVID. When Brenchley and Overland posted about former Real Housewives of New Jersey star Siggy Flicker possibly being at the Capitol on January 6—which she has vehemently denied despite some context clues they posted—they got some angry comments and DMs. That has made them wonder: if a post is still Bravo adjacent, but it’s  political, then what’s the issue?

“We are living in extraordinary times,” Brenchley and Overland said. “And more than ever Bravo and other reality TV has intersections to not just pop culture, but to politics and the state of our union. Many of our beloved Bravo-lebrities speak out and sometimes get themselves into trouble too, so we post about it. It is a natural segue.”

Ross, Brenchley and Overland understand that these shows, and in effect their pages, serve as a respite from the world. They’re an escape, and so when the real real world finds its way into the series, it interrupts that ability to escape. But as Ross put it, “we evolve, and things change.” Anyone that doesn’t want to acknowledge the real world “just want to stick their heads in the sand and not realize what’s going on in the country, or they don’t care,” he added.

“But there’s a very large population of this country that doesn’t have that luxury [of escape],” said Brenchley and Overland. “When we feel compelled to speak up, we do. It feels like a display of privilege that somehow posting about politics or current events is ruining someone’s social media experience.”

Get a personalized roundup of VICE’s best stories in your inbox.

By signing up to the VICE newsletter you agree to receive electronic communications from VICE that may sometimes include advertisements or sponsored content.